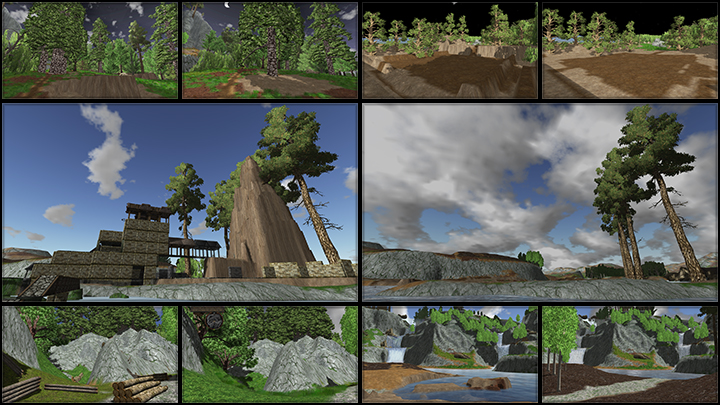 The Xsyon landscape is always shaped and molded by the players. Over the years many unsightly mounds and ruins of abandoned sites have built up across the land. The terrain reversion update gradually restores this neglected land to its original state. Felled tree stumps and logs that have littered the landscape also decay over time.

For new players, this provides expansive areas of pristine terrain to start new homesteads, villages and monuments. For current players this facilitates travel and trade and prepares areas for expansion and migration. Terrain reversion will be a continuous process as abandoned lands will constantly decay, making way for new inhabitants of Xsyon.

It makes sense and will give the world more of a living feel.