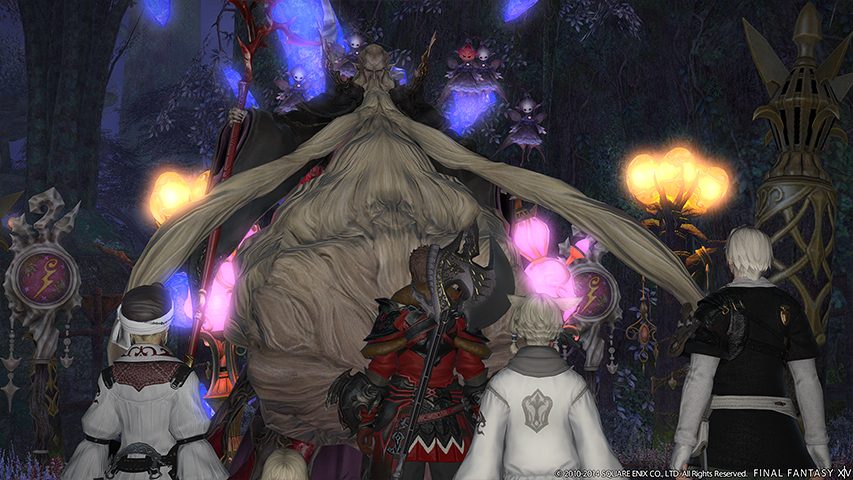 The trailer for Final Fantasy XIV Patch 2.3 is here. The update is called ‘Defenders of Eorzea’ and it’s scheduled to go live on 8th July.

Delve into the mystery of Ramuh and learn why he must be faced in combat. As well as the latest story content, new dungeon environments and quests, ‘Defenders of Eorzea’ will also see the introduction of the highly-anticipated three-faction Frontline PvP, Chocobo Raising, desynthesis, Hullbreaker Isle and more. Watch the video to whet your appetites, it’s eight minutes long and in true final fantasy fashion you’re treated to some nice new visuals.