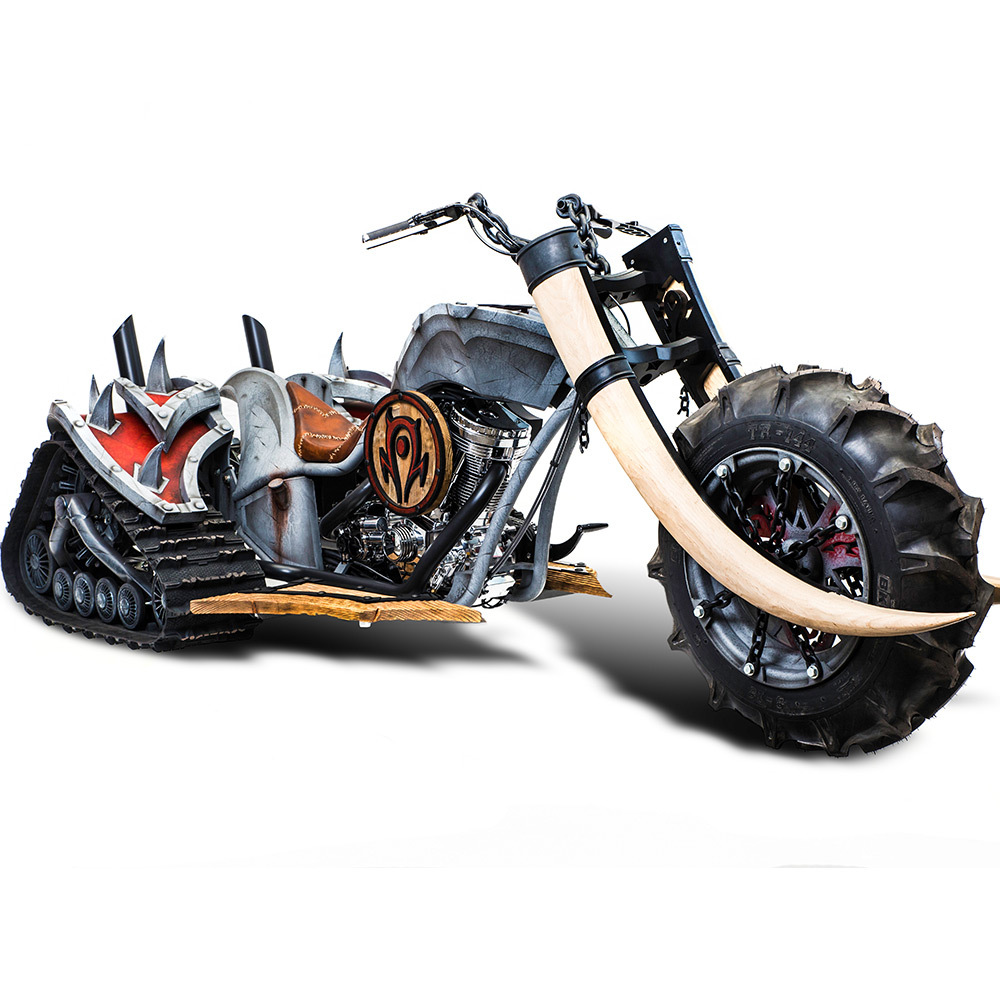 In the final episode of Azeroth Choppers the votes are in! For the finale both teams have come together to count the votes and reveal the all important winner. Will it be Alliance or Horde? The idea for the program is really cool, not only did the teams have to design a bike with the style of World of Warcraft but they actually built them!

Watch the episode to find out which bike will be making into the Warlords of Draenor expansion and enjoy the engineering!

If you haven’t been following the series you can watch them all on the official site.

Grab a front-row seat for the ultimate road showdown! Legendary custom motorcycle designer Paul Jr. has assembled two handpicked teams of bike experts to bring to life a pair of asphalt-kicking chopper designs inspired by World of Warcraft®’s two warring factions. Joining each crew on their epic quest are members of the World of Warcraft development team, on board to help to infuse the essence of the Horde and the Alliance into each bike. In the end, only one chopper will reign supreme as the undisputed king of Azeroth’s roads in a winner-takes-all showdown voted on by World of Warcraft players around the globe.