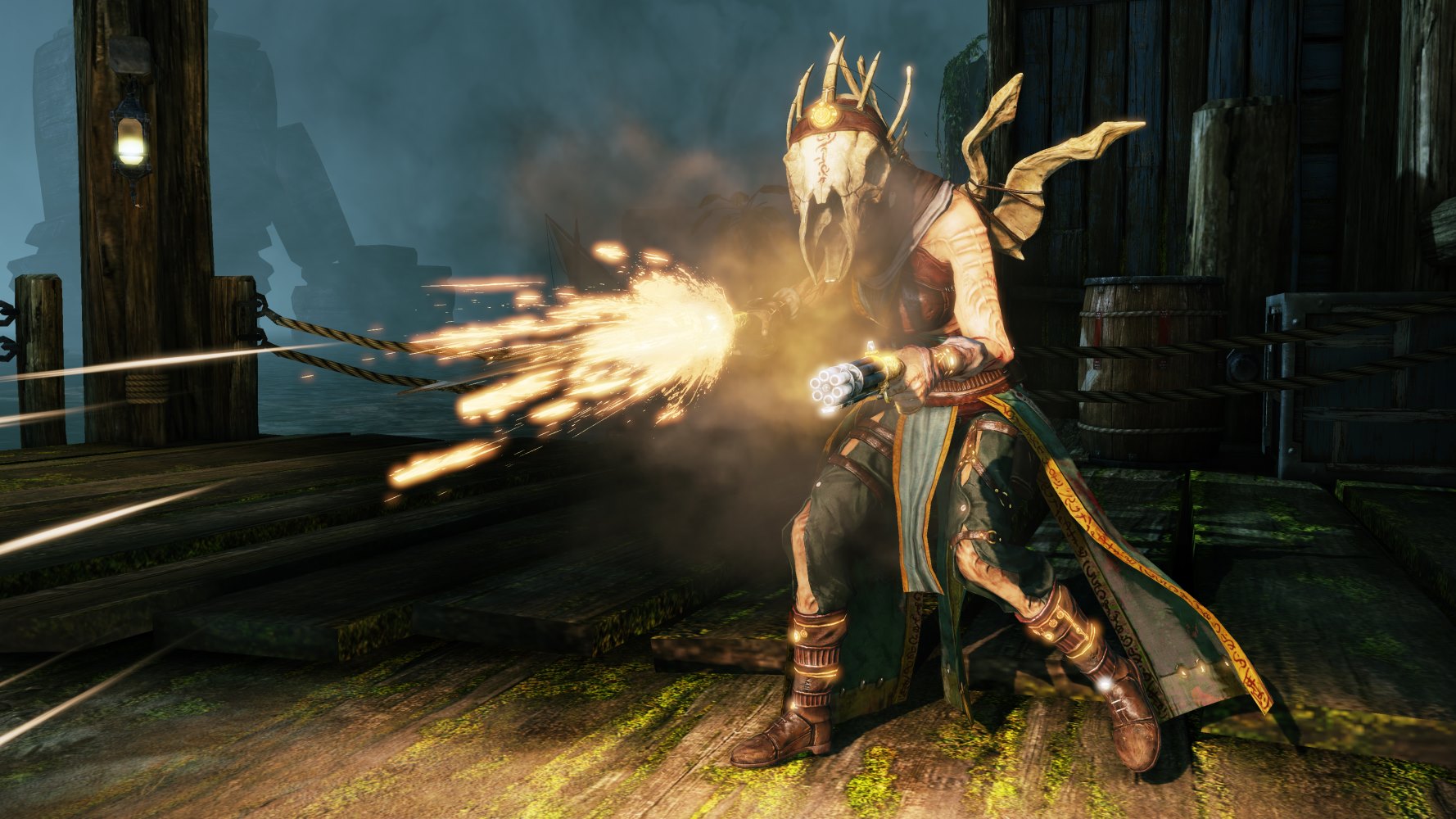 Ahead of E3 Square Enix have announced the Prophet as the latest character to be joining the Human roster in Nosgoth. Attendees at E3 this year will be able to get hands-on in the dark fantasy world of Humans vs. Vampires, where the new character class will be playable within the City of the Razielim, a brand new map set in the underground for the very first time.

The Human character, Prophet, delivers severe damage to Vampire characters, with her blood curses and magical abilities. Using tainted blood as weapons, bullets dipped in the fluid carry wicked hexes that the Prophet can use against the Vampires.

Dual handguns are the Prophet’s weapons of choice and they can select between three unique types:

As the first class to wield dual weapons along with the ability to use powerful curses and magic, the Prophet is a welcome addition to any team with both supporting and offensive capabilities to aid her allies and devastate her enemies.

Also confirmed for after the new character update will be four new terrifyingly striking skins, which allow players to customise a stand out Nosgoth experience. Customising character appearance really is the way to go with games right now.