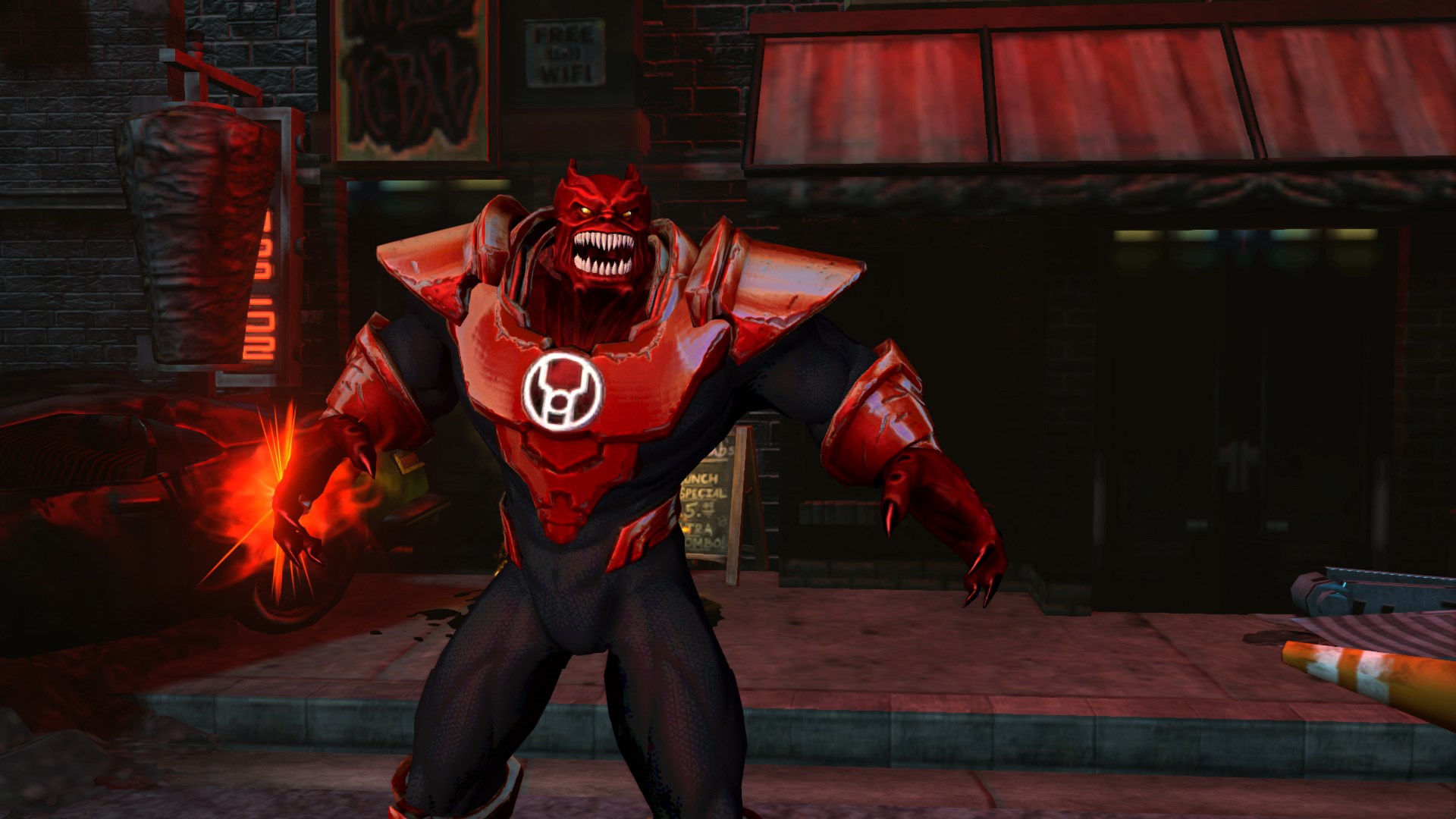 The latest Champion Profile video for Infinite Crisis brings in Atrocitus from DC Universe! On Wednesday 11th June, players can unleash furious might on their unsuspecting foes, when Atrocitus officially goes live in-game.

Bent on all-out war, Atrocitus leads an army of Red Lanterns. Before the Green Lantern Corp existed, the Guardians of the Universe used robotic Manhunters to keep the peace. But a programming flaw caused them to slay trillions. Atrocitus and four other survivors became the Five Inversions, fanatics who were in time routed and imprisoned by the Guardians. Atrocitus, however, managed to escape. He murdered a fellow Inversion using a red lantern, creating the first Red Power Ring. Armed with the raw force of rage made manifest, his war on the Guardians began anew.

Able to isolate his enemy, Atrocitus thrills in picking a fight and shrugging off damage.

Infinite Crisis is currently in beta and you can sign up at the official site.