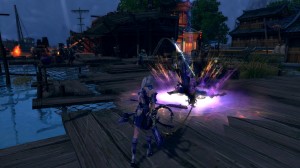 Swordsman is set in ancient China in the middle of a blood-soaked decade. Ten forces have been at war with each other in a bloody attempt to become the most powerful martial arts clan. The hunt is on for an ancient scripture containing Kung Fu secrets that can bring immense power to the clan who possesses it.

Each class has it’s own particular weapons and style of fighting. Do you go for buffs and powerful attacks like the Shaolin, or perhaps the poison of the Five Venom School, or how about the Zephyr’s powerful crowd control? 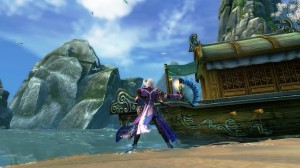 The latest trailer gives a glimpse at; House Shaolin, House Five Venom, or House Zephyr. you can read more about them here.

You can register for the closed beta at the official site.