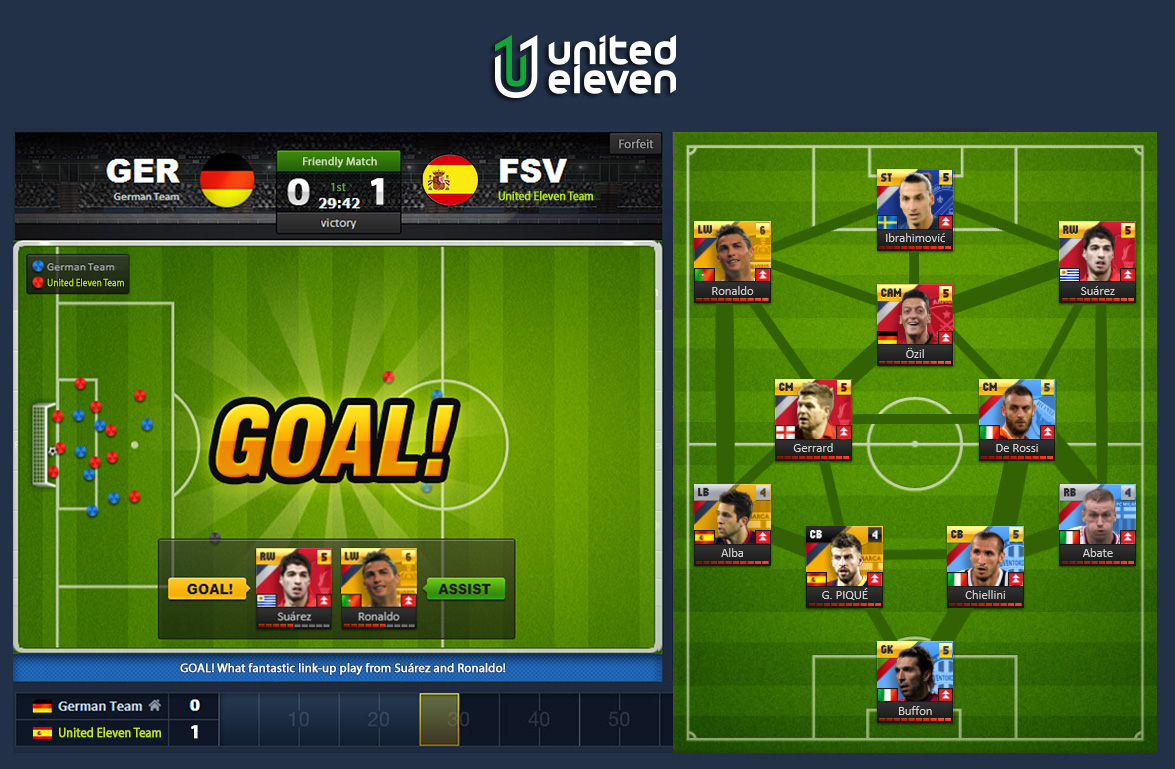 Nexon Europe have just released their United Eleven beta website. They have revealed that the upcoming football management simulator will begin beta testing on 15th May.

The website currently contains news, information on upcoming events, carries the official United Eleven forum and Facebook pages, as well as an introduction to give you a chance to learn the mechanics before you start.

Developed by NHN BlackPick Corporation, United Eleven is a browser-based, and mobile-compatible title. I think this will help keep it popular. You manage your team by recruiting, training, and substituting players.  Team chemistry plays a vital role in the game, with certain players matching with each other based on a variety of stats and key factors. Obviously you need to put some thought into your team if you want to do well.

You can also change tactics while on the move is key to becoming victorious and this can only be done by paying attention to the match simulator. The real-time simulation represents moves of the players in meticulous detail, letting you see exactly who is going where and doing what and enforcing the ability to make quick decisions.

“We’re thrilled to be bringing all the promising football fans the management game that they’ve been waiting for,” says Kenny Chang, CEO of Nexon Europe. “With beta testing starting on 15th May, players can construct ultimate football teams with their own tactics taking into consideration every factor including how well matched players within a team are.”