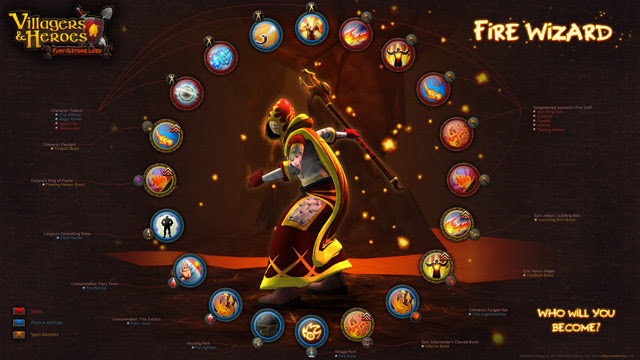 Launched recently on Steam with a new expansion, Villagers and Heroes: Fury of the Stone Lord is a fantasy MMO of cooperative adventure, player-created towns, and sandbox-style crafting.

Lord Pyrrus and his gargoyle horde await the foolish and the brave in the new expansion, Fury of the Stone Lord. The greatest heroes have been called to invade Castle Pyrron and battle the stone monstrosities rampaging within, but Lord Pyrrus will not take such incursions lightly.

The towns of Villagers and Heroes are not merely set-pieces. They are dynamic and ever-changing. Through the teamwork and contributions of players, crafting stations will rise, homes and fields will flourish, and new quests will be revealed.

With the sandbox crafting of Gnomish Augmentation, better known as Gnogmenting, you can mix and match and customize gear to your individual specifications.  Whether you strive to master one crafting skill, or dabble in all ten, Gnogmenting frees you from the constraints of traditional crafting.