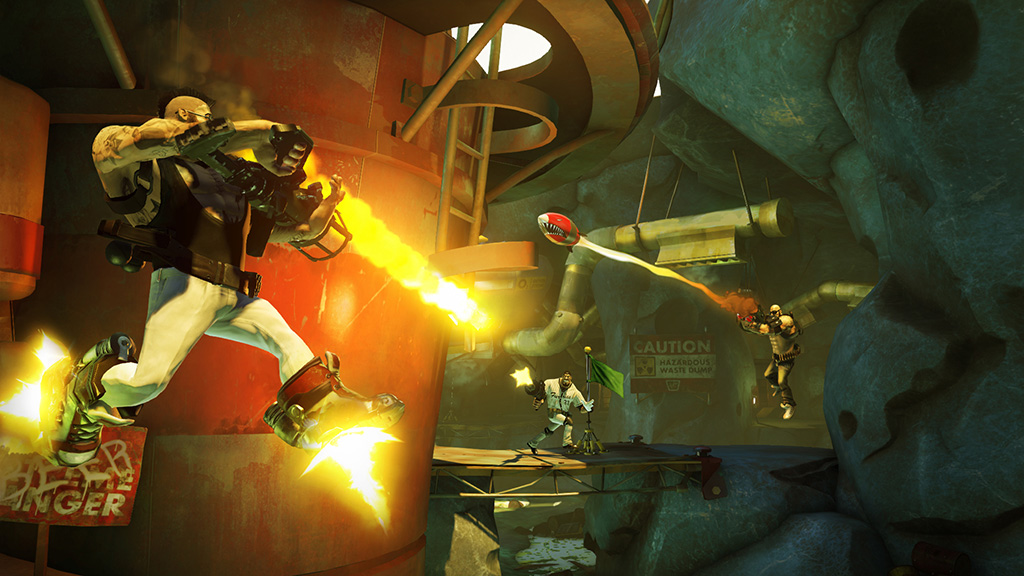 The Developers of Loadout are always working hard to bring new features to the game, new maps, new weapon upgrades, and with this update, a new mode! If you haven’t seen Loadout yet, it’s free to play, arena based, team combat game with frantic action, and great humour to match. It has a good pace, with a high level of customization for your weapons. Will you go all out attack, carrying more bullets, adding after effects to your shots, or will you add a healing effect to support your team?

Domination is the new mode for Loadout, you can see it play tested in the video below, it looks like it plays really well. Also showcased was the Double Barrel for Rockets, Wave Propulsion, and the Deployable Shield, all of which will make their debut in the upcoming 2.0 update.

They are live streaming every Wednesday at 4pm EST, you can tune in here.