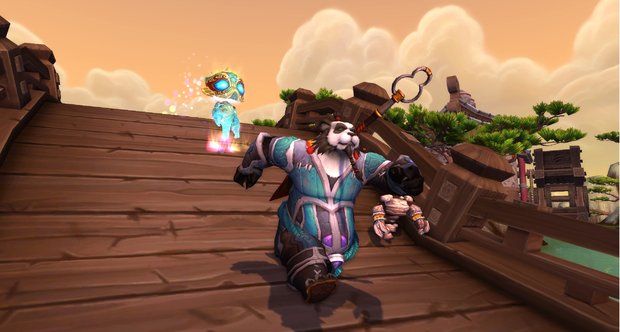 World of Warcraft maker Blizzard is to start experimenting with a system that lets players use real money to buy goods in the game. Blizzard revealed the experiment in a message posted to the WoW chat forums. Before now players have only been able to spend real money in out-of-game stores to buy pets and mounts for their characters.

The first item players can buy is a potion that boosts the experience points they gain from kills and loot. The Enduring Elixir of Wisdom boosts experience rewards by 100% and is currently only available on the game’s public test servers. To use it, players must be controlling a character of level 85 or above. A Blizzard community manager called Zarhym said the elixir was one of the elements Blizzard was using to test in-game purchases. Other elements would appear on those test realms soon, they suggested.

“We are currently exploring the possibility of adding a way for players in certain regions to make purchases directly within the game,” Zarhym wrote, adding that Blizzard would provide more details soon.

It is not clear which WoW players would be the first to get in-game purchases in the full game or when the switch would happen. Industry experts speculated that it would take place first in Asia where the bulk of WoW’s players are located. The move is widely seen as an attempt by WoW to shore up its declining player base. In May, Blizzard reported that 1.3 million people stopped playing the game in the first three months of 2013. About 8.3 million people are now believed to still be playing. In 2010, subscriber numbers peaked at 12 million.

Previous attempts to make the game more attractive included making it free to play up to level 20 and introducing new playable races. WoW is facing increasing competition from other massively playable online games that remain free to play throughout. Many of these have already gone down the route that Blizzard is contemplating by letting players use real money to buy gear, boosts and other equipment for their characters.