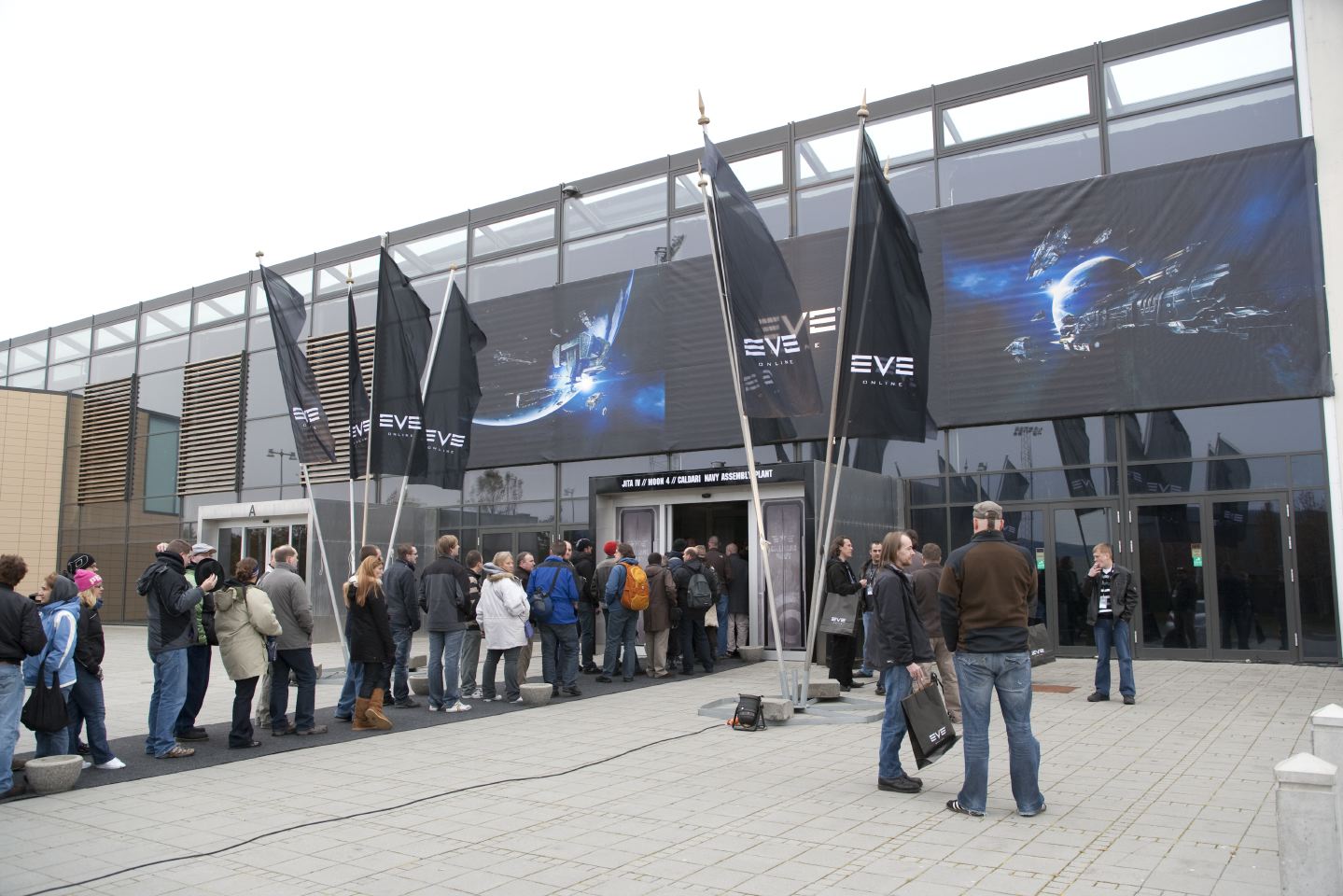 REYKJAVIK, ICELAND–Apr 18, 2013–CCP Games, the world’s leading independant developer of massively multiplayer games, today announced the final schedule of events for its sold-out annual fan celebration, EVE Fanfest (April 25-27). In keeping with this year’s “Second Decade” theme, which commemmorates the 10th anniversary of EVE Online, the show’s three keynotes will focus on the past, present, and futures of DUST 514®, EVE Online® and CCP Games. Other additions to the schedule include a new panel discussion, “Games as Art: EVE and Other Games at the New York MoMA,” and Z-Trip, an award-winning DJ who will headline Fanfest’s annual “Party at the Top of the World.”

“Games as Art” is the latest addition to this year’s series of expert-led panels at Fanfest, and will be available via live stream for those unable to attend the sold-out event. Paola Antonelli, Senior Curator of New York’s Museum of Modern Art, will serve as the moderator of a panel discussion examining the evolution of video games as an artistic medium. Antonelli will be joined by representatives of three of the thirteen video games recently added to the museum’s permanent collection.

Title:     Games as Art: EVE and Other Games at the NY MoMA

Summary:   EVE Online, along with twelve other video games, was recently added to the permanent collection of The Museum of Modern Art in New York City. Paola Antonelli, Senior Curator at MoMA, will be joined by CCP’s Torfi Frans Olafsson, Canabalt’s Adam Saltsman, and Tarn Adams of Dwarf Fortress, to discuss what it means to be included in the museum’s permanent collection and share their thoughts on how video games have evolved as an artistic medium.

The full schedule for Fanfest is now available at http:///fanfest.eveonline.com

The schedule of the more than 30 hours of Fanfest sessions that will be streamed live can be found at http://twitch.tv/ccp. CCP will be live steaming EVE Fanfest in standard definition for free and in HD for a one-time fee of $19.95 USD or one PLEX (which cna be obtained on theEVE Online in-game market).

More information about purchasing the HD stream can be found at: http://fanfest.eveonline.com/HDstream

In addition to the series of expert panels, CCP Games also announced the musical lineup for the annual “Party at the Top of the World” celebration on the final night of Fanfest. Headlining the show is Z-Trip, an award winning DJ and musical pioneer revered for putting on some of the world’s best live performances. Among those also performing at the “Party at the Top of the World” are Iceland’s #1 metal band, Skálmöld, and popular Icelandic dance band Retro Stefson.

This year CCP will be celebrating the 10th anniversary of EVE Online with a “Second Decade” theme, focusing on the wealth of stories and successes of the first ten years of EVEand its year-on-year subscriber growth. CCP will also look forward to the next ten years of EVE and DUST with reveals, announcements, demonstrations, and parties.