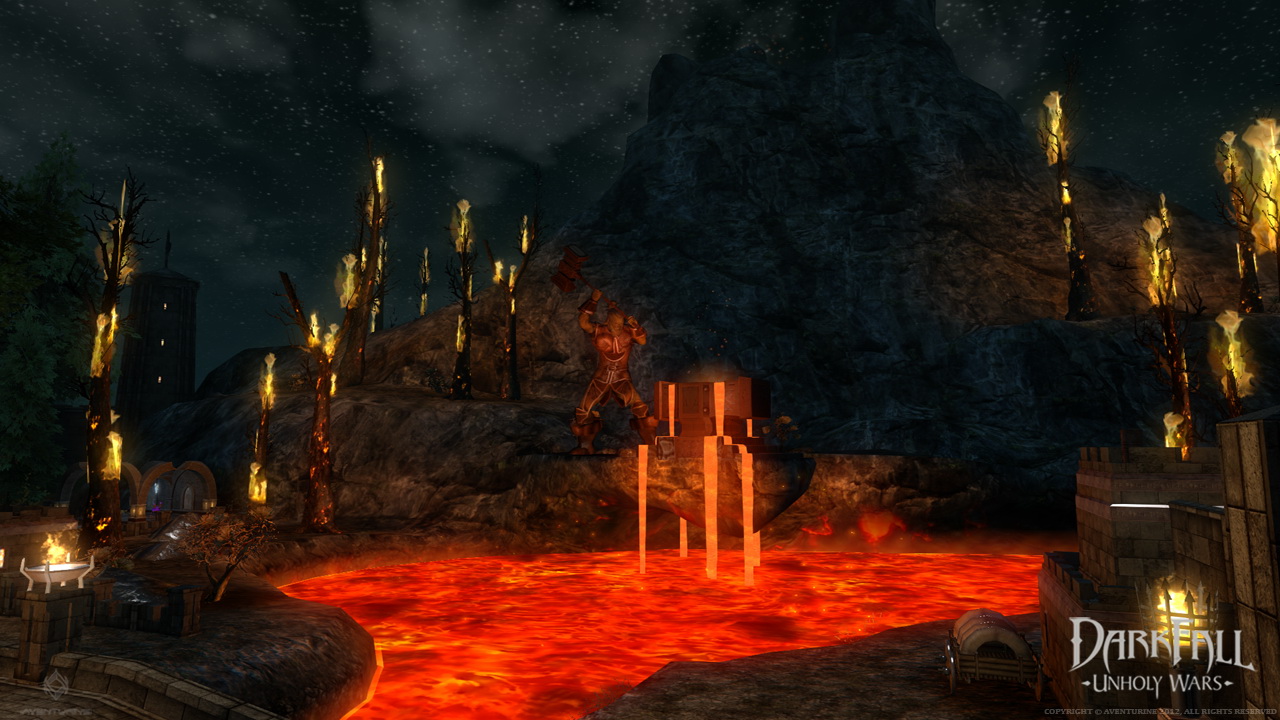 A game massive by design as well as concept, Darkfall Unholy Wars comes with a host of features, options and game-styles for you to choose and discover as you travel through the rich, beautiful and deadly lands of Agon. Darkfall Unholy Wars combines real-time action and strategy in a fantasy setting and pushes the envelope of Massive Multiplayer Games by featuring the largest seamless and zone-less world of its kind, able to host upwards of ten thousand concurrent users per world. Without instances or other designed roadblocks to player interaction, Darkfall Unholy Wars is set to redefine the MMORPG genre.

In the bloodthirsty world of Agon you will form clans and battle for dominance. You will recruit your friends and allies, engage in epic land and naval battles to conquer fortresses and clan cities, interacting with thousands of concurrent players while you carve an everlasting legend!

“We are very excited to see Darkfall Unholy Wars launching today. We hope that our players will enjoy the game for months and years to come and become the driving force in the game’s evolution.” – Zad Mehdawi – CEO, Aventurine

“After five months of beta we are happy to launch Darkfall Unholy Wars. We are grateful to our playtesters for their contribution to the game and we’re happy to have them with us as players today. Darkfall Unholy Wars is the best combat MMORPG experience and our pledge is that it will continue evolving and pushing the PvP envelope.”  – Tasos Flambouras, General Manager, Aventurine

Darkfall Unholy Wars is available through the game’s website (www.darkfallonline.com) for the price of 39,95. This price includes the client and 30 days of unlimited game access. Darkfall Unholy Wars will also become available on other distribution platforms, in the days and weeks to come.