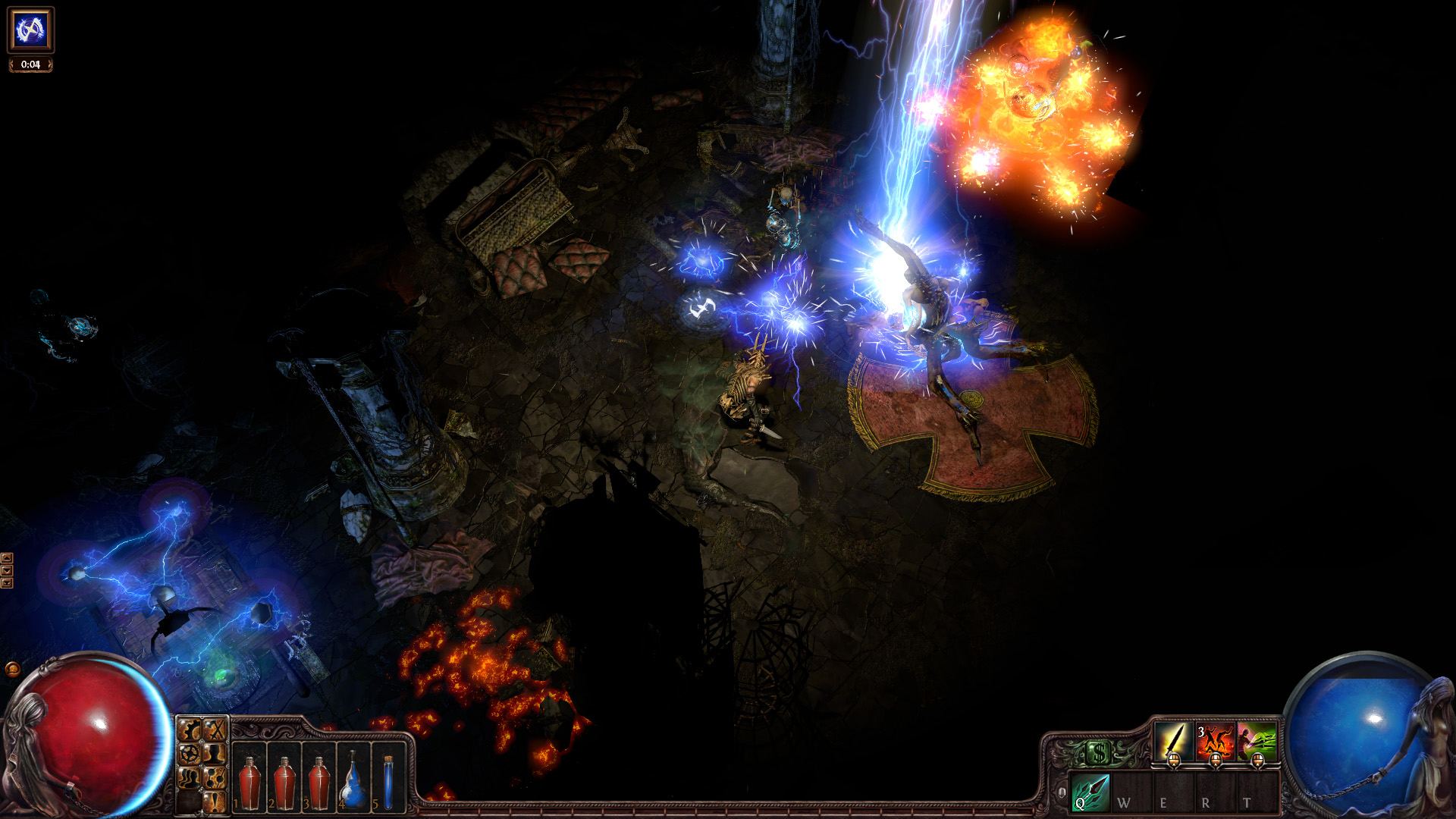 Indie Action RPG Path of Exile has announced its latest character class, the hit-and-run trap-laying Shadow. Although currently in closed beta, Path of Exile is opening its doors to everyone for two days with a public test this coming weekend. Supporters can also pre-purchase credit for the game’s ‘ethical microtransactions’ and receive a permanent beta key.

The Shadow is a hybrid dexterity and intelligence class, a professional assassin exiled after getting on the wrong side of a former client. He employs deadly traps and spells against opponents, finishing off survivors with quick dagger strikes while darting in and out of combat.

In Path of Exile, any class can use any skill, weapon or trap, allowing for a huge variety of possible character builds. The Shadow is particularly well suited to traps and fast weapons like claws and daggers.

The first chance to play the Shadow character will be in this weekend’s public stress test. The Path of Exile Beta servers will open for public access at 5pm PDT on Friday, May 11. Public access will end at 11:59pm PDT Sunday night, May 13. A full FAQ about the public weekend is available at http://www.pathofexile.com/publicweekend/A previous public weekend in March attracted 47,000 players.

Grinding Gear Games’ producer Chris Wilson says the Shadow is one of the more difficult classes to play due to his fragility. “He more than makes up for it if handled with skill. His hit-and-run style of combat makes the most of his natural Evasion and Energy Shield, and rewards strategic coordination of attacks, spells, and traps.”

His signature tactic is to lay hidden traps and to lure his opponents in. When they step too close, the trap springs and his foes find themselves caught in place, missing a leg or blown to pieces in a fiery explosion. Alternatively, he can place remote mines which are manually detonated, ideally in the middle of clusters of enemies.

As an indie game developed by a team of hardcore action RPG fans, Path of Exile has several unique takes on the genre. It features a unique skill gem system, a huge passive skill tree, extensive character customisation and PvP combat in a persistent online world. The game is free to play, but does not feature ‘pay-to-win’ microtransactions. Path of Exile will enter Open Beta in late June.

Key features of ‘Path of Exile’:

View the trailer at www.youtube.com/grindinggear
HD trailers are available from www.pathofexile.com/video/