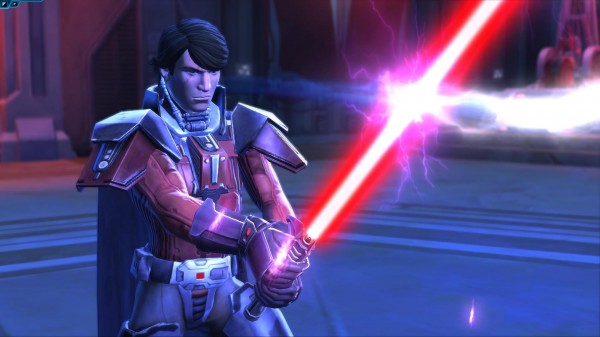 Star Wars: The Old Republic’s (SWTOR) gets its 1.2 update next month and it’s a big one. SWTOR Creative Director James Ohlen gave up some of the details on the next huge content update. Included in 1.2 is the new Explosive Conflict operation, the second part of the Kaon Under Siege Flashpoint known as Lost Island, a ton of crafting changes, enough class rebalances to prompt a full reset of all skill trees and the implementation of the next part of the Legacy system.

The new Legacy system features have quite a few options. Players will be able to arrange their characters in a family tree and earn bonuses. Getting to level 50 will unlock that character’s race for all classes, bypassing the race/class restrictions. But what’s more interesting is that you can even unlock new skills for different classes.

One example given was adding Force Lightning to a Bounty Hunter if you had one related to a Sith Inquisitor. But don’t worry, it appears that these come with specific limitations that could require a companion as part of the process and is mainly intended for open world PvE. Let’s just hope they remembered to lock it out of open world PvP as well or we could see some interesting forum discussions in the near future.

SWTOR PvP is getting an overhaul as well and it looks as though the daily quests for commendations are going away all together. Following 1.2, PvP endgame rewards will be earned through warzones, which we will sadly still not have the option of selecting which we would like to join queue for even after the update. Luckily, there will be a new neutral warzone in the update with Novare Coast and some other changes such as same faction PvP for Void Star, so maybe some of us that have come to loath Huttball won’t have to see it a vast majority of the time that we queue up for a PvP game.

Other changes mentioned include the addition of guild banks, a new tier of armor, PvP rankings, lots of crafting changes, many class tweaks, and more bug squashes.