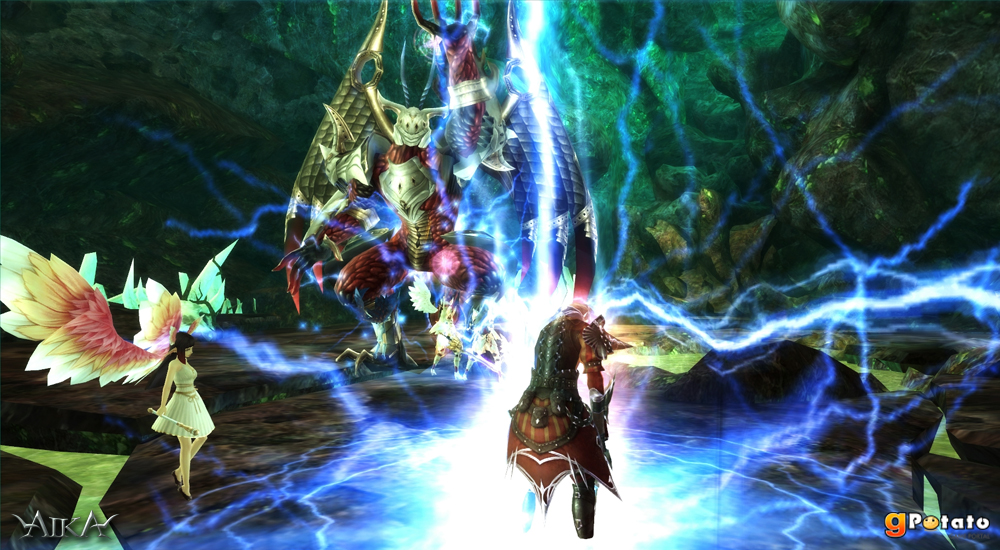 Today marks the beginnings of righteous conquest as Aika releases the finale to its Epic II saga: Hestia. Two new level 80 raids await the best Aitan warriors seeking to take back a now corrupted land, full of formidable monsters and equally powerful items. Combatants will prepare for the challenges ahead in the city of Drago, Hestia’s primary outpost built within the coiled body of a sleeping dragon.  There squads of players will set out on missions to reclaim the holy cities of Aquados and Tyriantor, now tainted by the Zereca in their ever expanding quest to breed corruption.  Those top level Aitan ready to face these new obstacles will encounter level 80 beasts and the most vicious bosses yet.

Once serving as an ancient water system for the Aitan cities in the Hestia region, the Aquados catacombs are now home to the water dragon Reagor and the denizens he corrupted.  Twenty-four Aitan must band together to destroy 6 new bosses and their minions in order to prevent their imminent invasion on Drago.  If they succeed treasures such as level 80 armor sets can be recovered.

More valuable however is Tyriantor, holy crypt for fallen warriors of old.  The undead dragon Dariadra serves as master of this keep, reanimating once holy soldiers into servants for his evil plans.  Aitan will have to form groups of 12 in their mission to purify these once sacred grounds and recover the lost artifacts and light tokens that await them.

Learn more about these new updates and several exciting events to come on the official Aika website at http://aika.gpotato.com/!