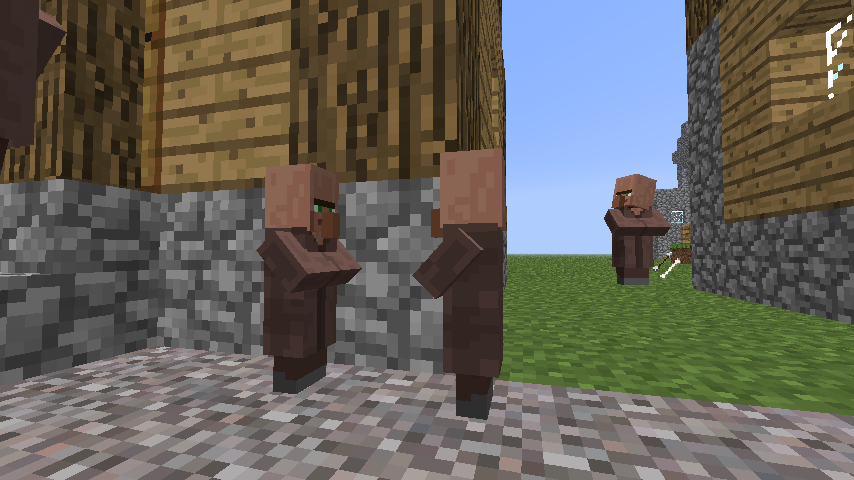 Another Minecraft 1.2 snapshot has been added, 12w07b, and within this snapshot, some more exciting additions have been added! The amount of new exciting changes and new things which have been added to the 1.2 update is starting to become a little unbearable, and the prediction of “end of February” is starting to seem like Notch has created a rough estimate that still can’t be achieved.

Zombies now attack villagers, and at night, attempt to break down doors!  It is actually quite scary, and when playing in Hardcore mode, they Zombies are actually able to break the door down! (note: They are unable in any other mode, and are unable to break iron doors down) As zombies kill villagers, they need to be able to re-populate their villages. So now, they are able to make babies! The villagers re-populate themselves for the number of houses which is in the village. So, if you build more houses, the villagers will make more babies! Sexy.

Snow Golems now actually take damage from rain and water. Which makes sence, as they are made out of snow. Zombies, Skeletons, and Zombie Pigmen all have a rare chance to drop valuable items.

For more information, please visit the Minecraft Wiki Development History. To see another article on the 1.2 cat and jungle update then please view this article.