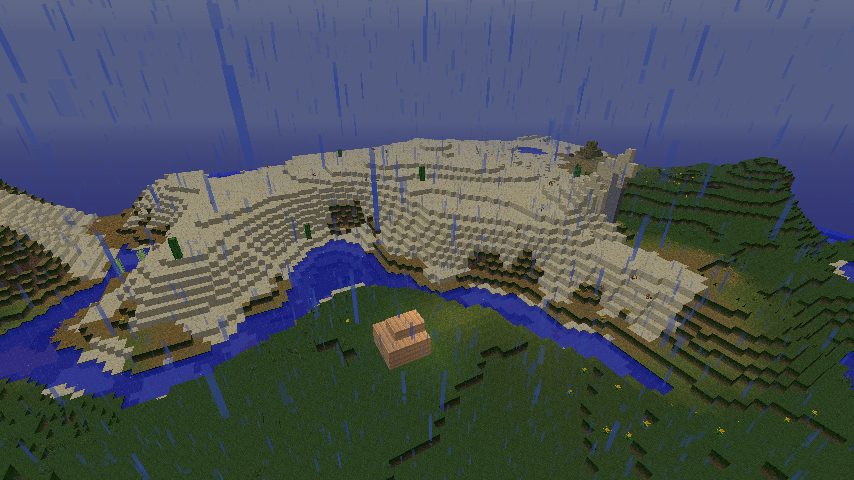 After much deliberation, the owners of RaGECRAFT have decided to buy and start-up a Vanilla server! The decision was made after a few people would prefer a Vanilla server than the Bukkit server we originally had.

Screenshot of the world.. And a little hut.

NOTE: This server is not moderated, so any griefing will NOT be dealt with. To avoid your stuff being stolen I would suggest building secret rooms. If you do not like the thought of this, then I would suggest that you join our Bukkit server.