Below is an article written by MMORPG.com (you can find the original here).

EVE Online developers created an impromptu live event on November 23rd in which they banded together to ‘attract notice’ and to pick a fight. And fight they did…to their deaths, it turns out.

The blog post details the day’s slaughter with ships destroyed and much, much more. But there is also this:

Additional props to Beastoria for landing the final blow on four CCP ships, with Fattymcbutterpants (a name which had the CCP fleet unified in laughter when called out as primary on EVE voice) and another character who should probably be renamed, both achieving three final blows each. We’re also happy to report that whilst NPCs did indeed manage to destroy 13 ships in Tama yesterday, no CCP ships were lost to NPCs. And that’s despite CCP Sreeg’s Nanobot Accelerator rigged buffer tank.

From the report, it sounds as if the team and the community had a ball. Check out the full post on the EVE Online site. 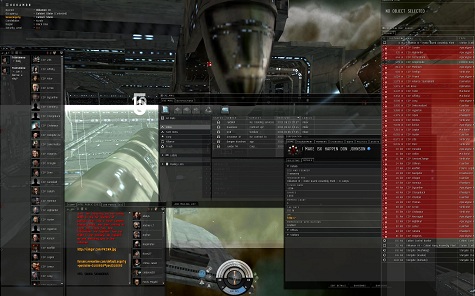