The following is an article written by MMORPG.com (you can find the original here).

Final Fantasy XIV fans are invited to participate in the Firefall Festival scheduled to begin on August 11th and run through August 29th. The festival includes a chain of quests sending players across Eorzea in search of Bombards. Participants will win terrific awards including swimsuits and personalized wallpapers.

By now no doubt all have heard of the Firefall Faire being prepared for in Eorzea’s cities. But tell me this—do you not find something strange about these festivities? Why, I ask, in the midst of these the year’s hottest days, must we be forced to look upon balloons fashioned in the likeness of bombs, and everywhere reminded of this unbearable heat from which we constantly seek even the briefest of respites?

And is it not a particular peculiarity that the Adventurers’ Guild, in dire straits as it is in recent days, has seen fit to affiliate itself with these so-called faire chaperones? Little and less of this faire sits well in the belly of this reporter…

Read more about the Firefall Festival on the Final Fantasy XIV site. 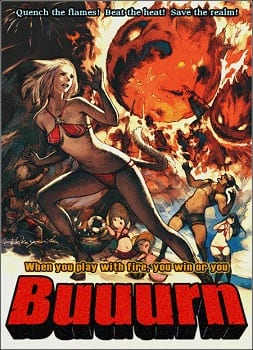