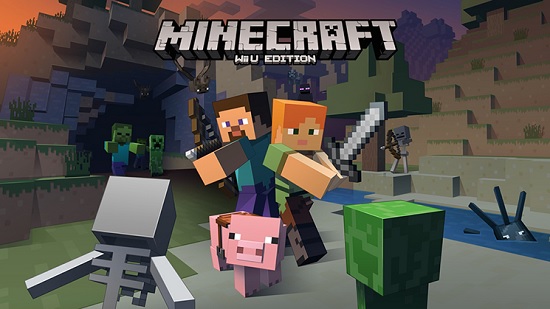 Having more than 100 million players monthly, this game is beyond famous. The success it has shown is undeniable, and with that in mind, we may think Minecraft eSports tournaments are very common, right? Well, it’s more complicated.

Some significant Minecraft events have been released, presenting a couple of problems, mostly related to the public’s reception. All this has caused the almost total oblivion of the idea. However, this game still has a chance to make it through the eSports’ world.

There are many possible reasons why this sandbox didn’t reach the objective other games did. We are mentioning here the most accepted ones. It can be something different than the amazingness of the gameplay experience but more with a lack of organization and problem anticipation.

The major inconvenience was the gameplay adaptability to competitions. Minecraft was a game to play alone against the environment, building things and surviving. The multiplayer characteristic of eSports is one of the main attractions, so Minecraft was not meeting one of the critical requirements.

When the PvP gameplay mode arrived, things changed a little. But in any case, all the players were used to a survival and building experience, not a fighting one.

LATE START ON THE SCENE

Despite the fame it has shown since its launch in 2011, Minecraft only appeared in the sights of big tournaments some years later because of the already-mentioned problem of gameplay modality. Subsequently, in 2014, Microsoft bought the game, making some favorable changes.

CHANGE IN THE COMBAT SYSTEM

Finally, when an essential worldwide tournament was developed, a new version was coming, and the combat mode changed. The public was not very happy, and the event was adversely affected.

It’s been a couple of years since all the problems Minecraft suffered happened. Now the panorama looks a little more optimistic, with eSports competitions launched by individual companies, YouTubers, or the community. The actual events are not as significant as other games, but at least they set a precedent.

PvP mode today is a little better and gives more opportunities for an exceptional multiplayer and cooperative experience. Indeed, this or in the following years, we’ll see big tournaments in which professional Minecraft players battle to obtain victory in various scenarios like Battle Royale or Team dueling.

PvE has the option to be played cooperatively as well. Though, the goals are very different and even more versatile. Sometimes the objective is to solve a challenge in the shortest possible time with the help of a team or yourself. Another way of competition in the PvE style is to build something, also playing against the clock.

HOW TO BET IN MINECRAFT ESPORTS EVENTS?

As we have already seen, today is a little challenging to find an official competition in Minecraft. In the same way, wagering on these tournaments is dangerous because we need to see trustworthy bookmakers or casinos allowing us to place our bets on them.

Nevertheless, if you want to bet on other eSports, there are a lot of alternatives like League of Legends, Counter-Strike: GO, or FIFA. A website that may help you is norskebettingsider.eu, which compiles bookmakers and casinos with the best wagering options on eSports. For more alternatives, you can visit the page mentioned, where you’ll see other platforms to make your stakes.

Don’t waste any more time. Please choose your favorite eSport game and bet on it. We hope Minecraft will be available soon for a more competitive part, which means you can gamble on it. But until then, several other esports offer online odds to you as a player.