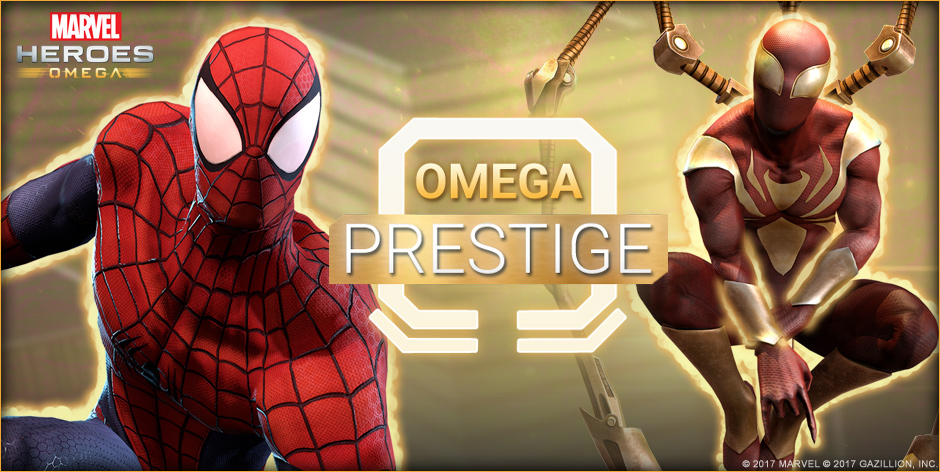 The Omega Prestige System was recently announced on the official website and is set to launch on August 31st. The system is a way to “unlock the true potential of a hero” and to get players prepped for upcoming “challenging end-game content”. This is an extension of the current Prestige system but will be limited to select heroes, at least for the time being. The first hero eligible for Omega Prestige will be Spider-Man.

With the Omega Prestige System, players will unlock:

The new traits for Spider-Man are unlocked at OP Rank 1. One is called Omega Brawler which adds one to Strength and Fighting each time players increase Omega Prestige. The other skill is the Omega Agility trait that adds 10 to Defense and Dodge, again every time he levels Omega Prestige Ranks. Get your favorite Marvel games from Dealslands.
For more information, please click here.