Why do I find it hard to find a real suitable RTS on my phone? Mobile games should be fun but to me it can be a daunting task to find a game to gravitate my attention for more than 2 minutes. I think the biggest issue here is that I lack any sort of real patience when it comes to games. I’m somewhat of a snob because I’ll judge a game before playing it or even getting past certain scenarios. There have been countless times that I have bought a game and ceased to play it after only spending 5 minutes or so attempting to get to grips with it.

My last purchase was The Secret World. I bought it on steam and spent a few hours downloading it and when it came time to play I was not impressed. Visually the game was pre-dated and I felt ever so confused by what was going on. A secret world was suppose to be at my fingertips and yet I can’t even make it past the first few minutes, what is wrong with me? Maybe I have attention deficit disorder or maybe I’m just an elitist when it comes to games. Can my computer play Crysis? YES! But do I play it? No.

Crysis, my god… That game is now 8 years old it still stands the test of time. Visually stunning and demanding at the same time. You know what I found confusing? Call of Duty : Ghosts on the Xbox One. For some strange reason I thought it would be a good purchase. It was cheap, my girlfriend likes Call of Duty games and did I say it was cheap? For good reason! A product of a third world country or at least it should be, the game had the visual integrity of a sunbathing racoon. The worst game I’ve seen on a “New generation” console.  YUCK! I threw that thing in the bin, good riddance. You’ll notice a pattern with my thought process, it’s somewhat of a PC Master Race mentality.

At least with free online pokies I’m getting some entertainment value in. Why can’t I be more forgiving to the gaming industry? I’m growing tired of Halo 5… I don’t have a Playstation 4 and thus I cannot play the new Uncharted and Killzone? Heck, I want to play that but I cannot justify buying another console. I wish I had more money, life would be easier. Whilst on the subject of games and rants, have you seen the new Heroes Reborn? They have a new hero called Katana Girl and she can teleport herself into a virtual gaming would. This would be a fun super power to have and I think it would bring back my faith in games, or at least the ones I have enjoyed in the past. 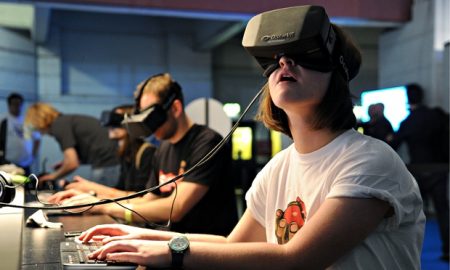 Could you imagine virtually immobilizing yourself into a game? Your entire 3D environment is digitally rendered and yet beautiful , theatrical and manic at the same time. Oh wait, we have that coming soon… can you say Oculus VR? That I’ll most certainly buy. See you on the other side.