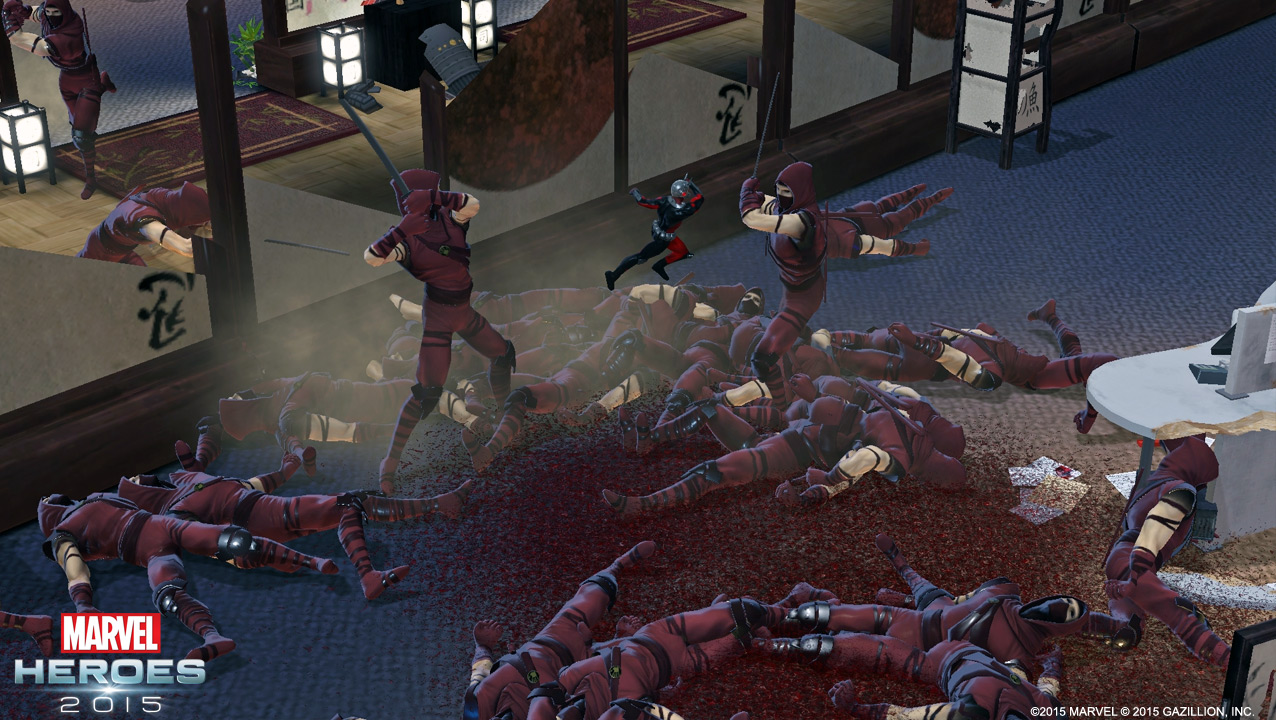 Ant-Man makes a big… well…little – splash as Marvel Heroes 2015’s 49th playable character. He’s released and playable this week so login now to give him a try. The team have released a highlight trailer demonstrating some of Scott Lang’s abilities as Ant Man.

·        Ant Constructs! Scott Lang can summon ants to do his bidding, from small attacks and walls of ants to a full-fledged Antnado!
·        Flying Ants! The best way to get around.
·        “Invisibility”! By turning small, Scott can go unnoticed by enemies around him.
·        The costume inspired by Avengers NOW! is the default and the costume inspired by Marvel’s Ant-Man movie, can be purchased separately.
·        And Hank Pym! A classic Hank Pym costume will be available alongside Scott Lang’s ensembles.