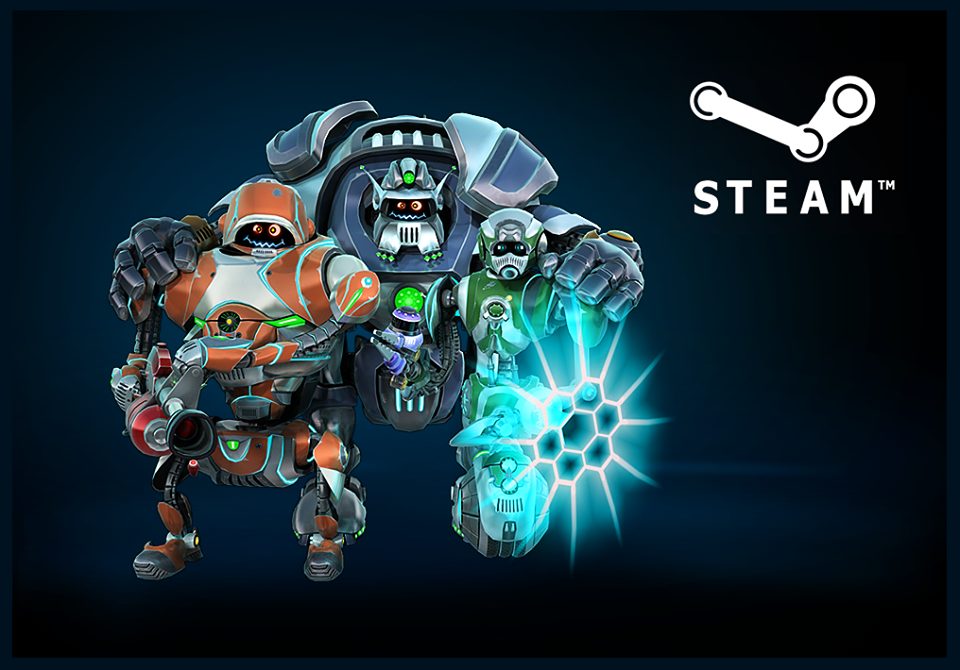 Kiev-based independent developer geim.pro has opened the arenas of its successful title Batla for players worldwide. Batla was launched on Steam for free on May 15th, the Unity engine-based arena shooter is picking up popularity. With nearly 10 million registrations and 150,000 daily active players, Batla is one of the current successful games from Eastern Europe.

In search of new resources, the highly developed robots from outer space landed on Earth looking to exploit the planet. But due to a fatal error, the success of the project is in danger: the robot’s calculations have disregarded that they are, according to Earth scale, very tiny. However, the shock was quickly overcome when they discovered the source of their desire is to be found in children’s rooms all over world – glucose. Deeply divided among themselves and driven by sugar addiction, the mini robots engage in fierce battles for the precious treasure.

So you’re basically playing a fast paced FPS as a sugar addicted mini robot on a rampage, great!

Players can choose from three classes: Soldiers, Scouts and Tanks. Each call is equipped with an arsenal of ten different weapons and diverse skills. The action-packed PvP battles take place on 15 diversified maps. Depending on the surroundings, sandcastles, racecourses, toys or water bombs can be used as tactical elements or weapons. The game’s four modes Capture the Candy, King of the Hill, Deathmatch and Team Deathmatch allow team-based and thrilling gameplay.