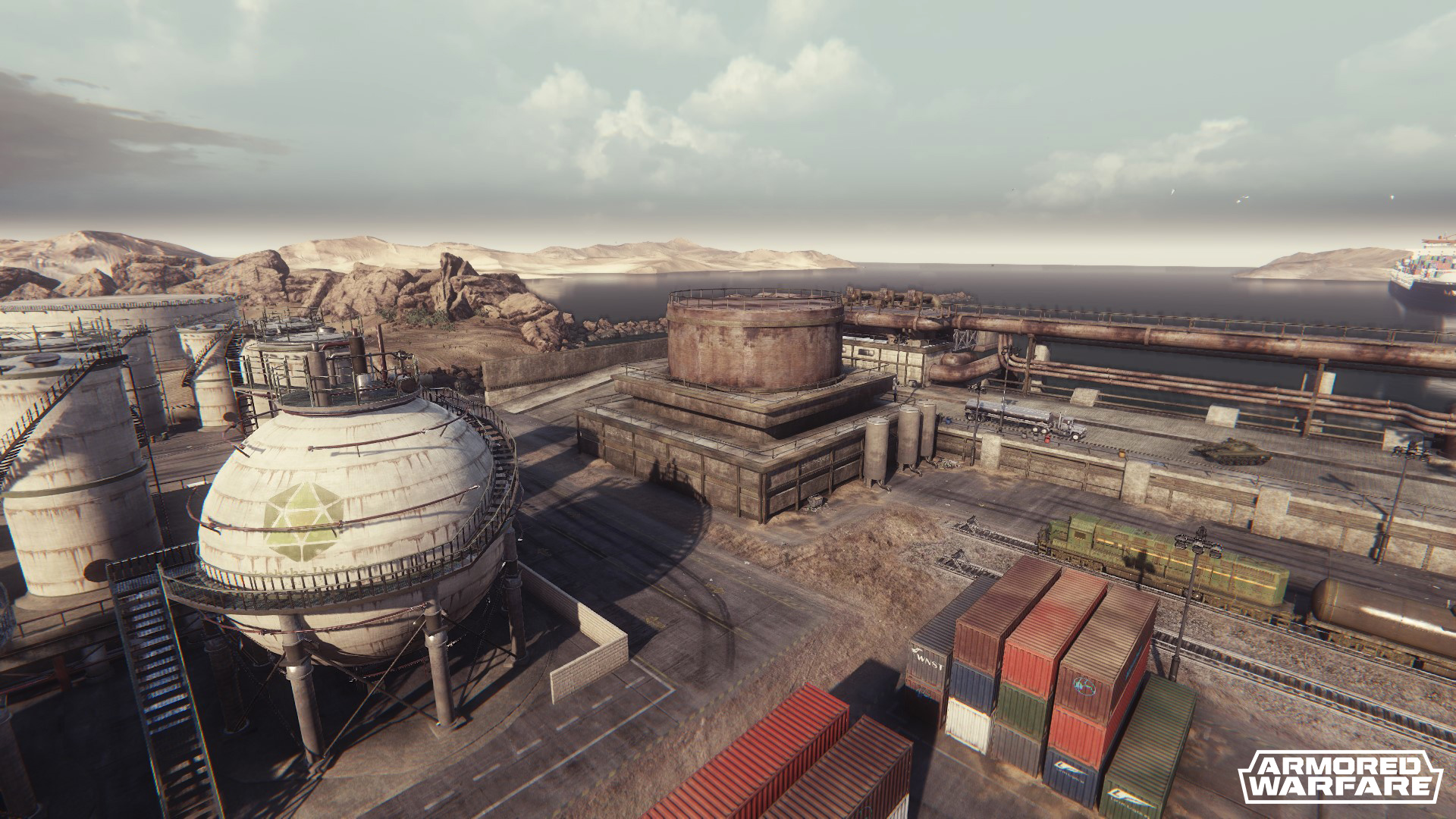 My.com has revealed new information for the Port location in Armored Warfare.

The vehicles in Armored Warfare are the focus for everyone playing the game. However, to make these vehicles believable in the game world, it’s necessary to create a world where it makes sense for these kinds of vehicles to be present, the Port map is a perfect example of this kind of environment.

In this strip of land, sandwiched between a mighty ocean and the burning heat of the desert, two armored divisions will clash, with armored vehicles stalking and hunting each other amongst enormous cranes, shipping containers, office buildings and loading facilities.

All of these objects are modeled on their real-life counterparts. This helps the entire facility feel alive, but it doesn’t stop there. Many things on the map are dynamic: cranes move containers around, and the battle begins with a massive explosion caused by a derailing train, creating even more obstacles that you can use as cover from enemy fire.


Teams will be able to choose from a variety of tactics on their path to victory. The variety in terrain, ranging from paved streets to rolling sands, will force players to adapt to the environment and use strategy in order to destroy the enemy base. These distinct areas allow each role to play to its strengths. Artillery can position themselves strategically, Recon have lots of cover and short stretches of open territory, and Main Battle Tanks will be able to take advantage of the information provided by their teammates to fight with maximum efficacy.