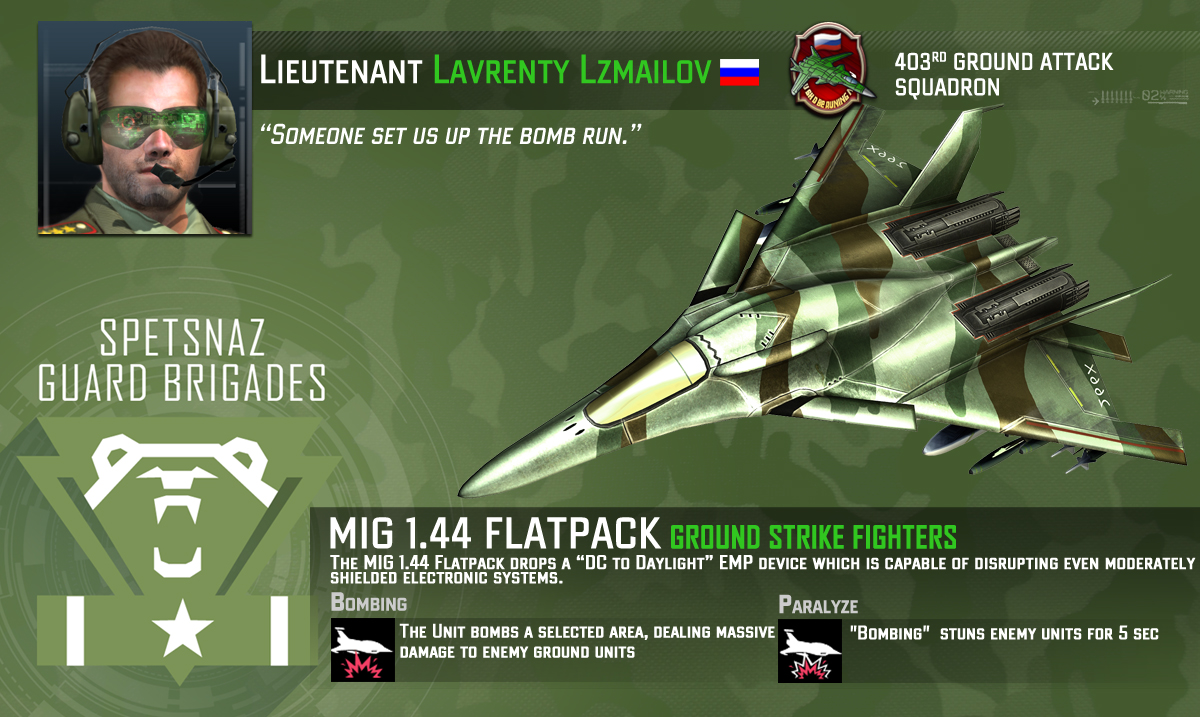 The upcoming stress test for EndWar Online has been dubbed Tech Assault Final Clash. It will take place on Saturday the 24th of May with a lightning fast 2 hour tactical strike running from 19:00-21:00 UK time (British summer time – BST).

During this test everyone is auto leveled to 20 out of the gate, and given access to each and every Commander that’s available for the test. All unit upgrades will automatically be unlocked and applied to your units, so it’s going to be an awesome two hours free for all with decent levels.

This test is all about no-holds barred PvP mayhem! The EndWar Online Team claim to have put together some decent server infrastructure, and they don’t believe that it will bow under the pressure of even the most intense gaming!

To give you some incentive to try and crash the servers while having a blast here’s your carrot on a stick. Players who complete 7 matches within the first hour of this test will receive higher priority access to EndWar Online’s Closed Beta phases, which will require a key to enter. 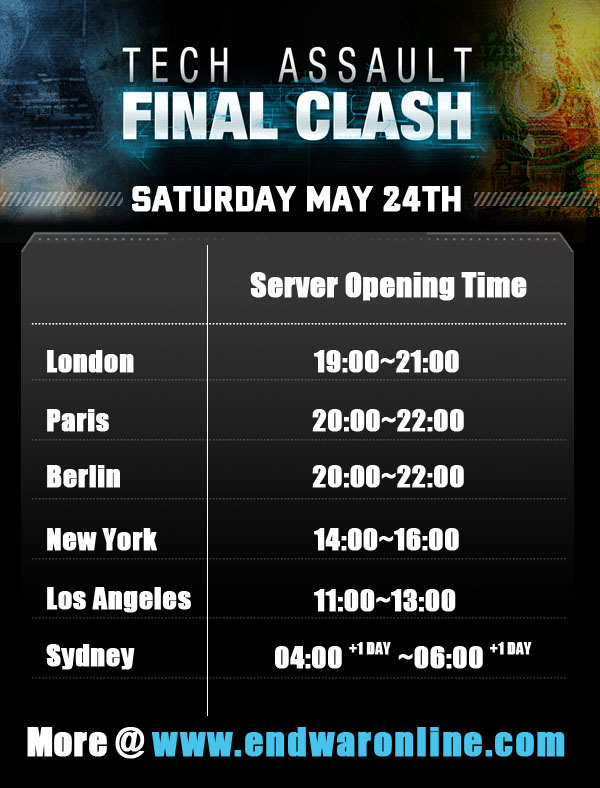 Central to EndWar Online’s gameplay are its Commanders. In Tech Assault Final Clash, we’ll be introducing 2 brand new Commanders per Faction, opening up even more strategic variance in the never-ending quest to climb to the top of the leaderboard.  Key gameplay mechanics have also been upgraded, including a completely overhauled Command Point system, as well as the ability to bring 6 Commanders to the battlefield!

Head on over to the official site to sign up and get ready to crash some servers.