The development team of Conquer Online has revealed the upcoming Monk Class and has also provided a series of short videos showing many of the skills they posses.  Provided with these skills are thorough explanations on what each skill will do for both the Monk and the party he is in. The release of the Monk is set to be on December 16, 2010. 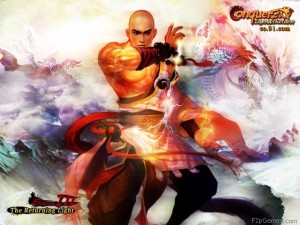 It’s a sacred class of strong spiritual powers and fighting abilities. Prayer Beads are their weapon. They are dedicated martial artists who have honed their bodies and mind to become fierce hand-to-hand combatants. Apart from their martial prowess, they are also masters of the spiritual realm, capable of relieve teammates of adverse statuses. They can assist you in battle by giving you various extra attributes, while still being able to tough it out on the front lines!