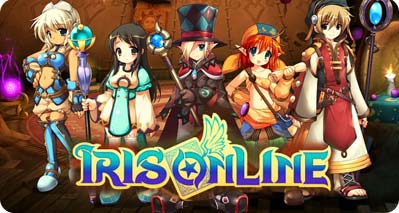 Thanks to lucky40990 of RaGEZONE, Iris Online Server/Client files have been released to the public for use with MSSQL 2005 Express Edition (reported to be compatible with MSSQL 2008 as-well)! Although the files are not entirely converted to English, enough of it is to be able to successfully launch and understand much of the game. Of course with the addition of these server files a new development section for Iris Online has been added to the forum by MentaL.

You could run across that forum here: Iris Online Development Section and obtain the server files from the following release thread. For those unfamiliar with Iris Online you may want to read on.

Developers EYASoft and publisher gPotato very recently released a new MMORPG by the name of Iris Online. Iris Online is a full-feature, gypsy themed MMORPG where three races – Elf, Human, and Animal-Human Hybrids – co-exist in the world of Arcana, a land ruled by strange divine forces that weave characters’ destinies into a magical tale of mystery and whimsy. With over 1000 quests, 22 themed instance dungeons, and an intricate Tarot Card system, it’s rich in both PvE and PvP action. It’s known for the cute anime-pop graphics and beautiful 3D enviroment that gives it a look like no other MMORPG.